Putting the mobile in the pocket of the pants? You know the quality of sperm can be reduced! Can cause infertility

You’re barren! Can’t be a father. Do you think that you have no children in your life? Your wife says in extreme frustration.

Men are responsible for 50 percent of the world’s childless couples. Infertile men! You can’t be a father even if you want to. So it is pointless to point a finger at the wife to cover her disability. Research has shown that about 15 percent of normal men suffer from infertility. In about 50 percent of childless couples in the world, the reason for friendship is the inability of men to produce proper sperm.

What causes the quality of male semen has been declining around the world for almost half a century?  There are tons of reasons for the decrease in the quality of men’s semen. Among them are genetic defects, environmental influences and major changes in lifestyle and eating habits.

What is a genetic defect?

Each stage of sperm production is regulated by many genes. The overall structure and motility of sperm is controlled by genes. When one or more of these genes do not work properly, sperm with structural defects are formed. These sperm are unable to fertilize the ovum. If there is a genetic defect, there is almost no possibility of a cure by treatment. Then a physician has to resort to IVF (in vitrofertilization), ICSI (intracytoplasmic sperm injection), IUT (intrauterine-sperm transfer), ‘collection of sperm from a donor’ and so on. This is permanent infertility.

How does the environment affect infertility?

The influence of the environment is very important in the production of sperm in men. Sperm production can be disrupted by exposure to a variety of chemicals in the workplace, in addition to extreme radiation such as X-rays, ultraviolet rays, oxyacetylene flames, and other harmful rays. A few years ago, a study conducted by the Department of Zoology at Calcutta University found that most of the farmers in Burdwan and Birbhum who use chemical fertilizers in their farming from an early age are victims of infertility!

In everyday life, we ​​come in contact with some of the chemicals in the environment that increase sperm production by changing the levels of our hormones. These are called endocrine disruptive chemicals, abbreviated (EDC). They enter the body of men in different ways and cause various difficulties. Infertility is one of them.

How is the practice of life associated with infertility?

At this stage, daily life practice is a very important and large range. In every moment, usually, we go through a variety of situations and habits that can prevent sufficient sperm production. Studies have shown that stress at work is one of the leading causes of male infertility.

Also the habit of smoking and drinking, fast food, drinking too much coffee. Heroin, marijuana and drugs quickly cause male infertility. Constant sitting, working with a laptop on your lap, keeping your mobile phone in your pants pocket for a long time, wearing tight underwear all day long, etc. have a direct effect on sperm production and reduce the quality of semen.

How does the laptop or mobile damage fertility?

Outside the body, in a skin sac called the scrotum, the testicles of a man are located. Inside the testicles, at a certain level of temperature, sperm are produced in the seminiferous ducts. Rises above temperature cause the sensitive cells that produce sperm to die. When you work with a laptop on your lap, the heat and radiation from the laptop directly affect the testicles.

Similarly, the radiation and magnetic field of the pocket mobile interfere with sperm production. Too tight underwear also disrupts sperm production by raising the temperature of the scrotum.

Unhealthy foods, especially fast food are very harmful in this case. Excessive sugary drinks, potatoes, fatty mayonnaise and cheese, goat meat, etc. build up insulin resistance in the body and create oxidative stress. Long-term studies have shown that for such foods, sperm become immobile, the number of sperm in the semen decreases rapidly, and the semen index becomes very poor.

Cigarettes, alcohol or coffee are harmful?

Cigarettes contain about 4,600 types of musical substances that are responsible for sperm formation, number, health, and DNA breaking. Smoking more than 10 cigarettes a day significantly increases the level of damage. A study of men who are addicted to daily alcohol found that the quality of semen decreased by 8 percent. The caffeine in coffee similarly enhances sperm production. However, moderate coffee consumption is less likely to damage.

What to do in this situation?

Parents need to make a teenager aware of these issues from the time of puberty.

Don’t wear underwear for too long.

With a little bit of responsibility and awareness, it doesn’t seem like much of a hit on the male ego. We must remember that the responsibility of the father to give birth to a healthy child is no less than that of the mother. 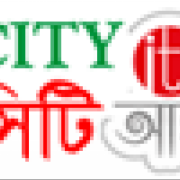 With Product You Purchase

Spine-health tips: How to keep your back healthy

Microwave Safety: Be careful! This is a danger if you make a mistake while using the microwave

Turn on these settings for Windows PC security

What is Windows BitLocker? Learn its benefits and rules of use

Follow these 6 rules in online transactions. Fraudsters can not get close!

This widget requries the Arqam Lite Plugin, You can install it from the Theme settings menu > Install Plugins.

Weather
You need to set the Weather API Key in the theme options page > Integrations.